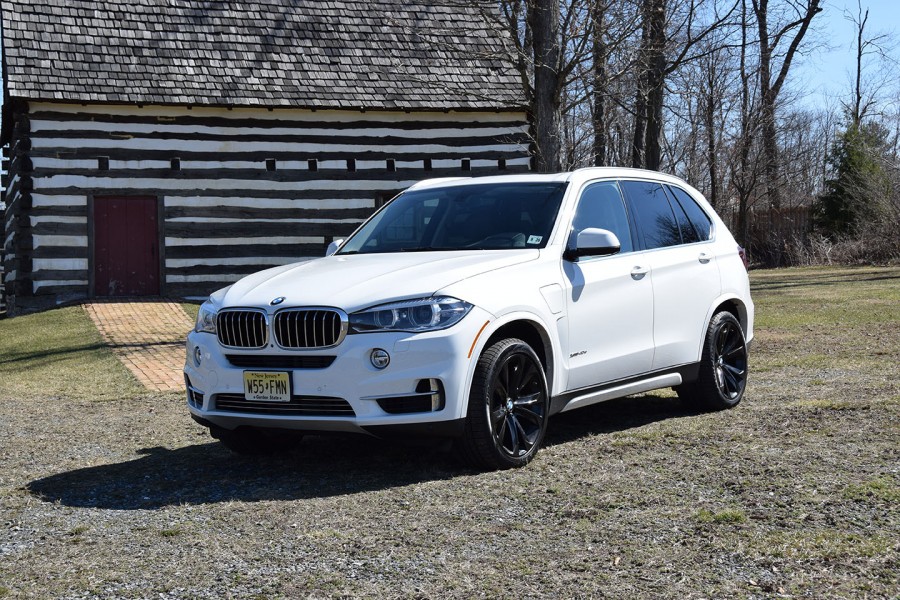 In its third generation, BMW’s midsize X5 xDrive AWD Sports Activity Vehicle (SAV) as the company refers to it, has made this proven vehicle even better by transforming it into a hybrid powered utility vehicle. This is in addition to trim levels 35i, 35d (diesel), 50i and high-performance M version.

The X5 lost traction up until recently as it lacked two features. A third row seat and hybrid power. But both desires have been satisfied with the addition of the X5 40e for 2017.

Even before the addition of the hybrid model, X5’s with xDrive have always been an engaging driving machine, just like all other BMW’s be it sedan, coupe or SAV. The hybrid version just takes it up a notch for those who care about the environment and want to conserve fuel economy. Here’s how it works.

The X5 xDrive 40e plug-in-hybrid combines a 2.0-liter four-cylinder engine with an electric motor that’s coupled to a modified 8-speed automatic transmission and a 9-kWh battery pack that’s tucked under the cargo floor. BMW rates this combination at 308-hp and 332 lb/ft of torque for EPA mileage ratings of 56 combined city/highway MPGe. With the gasoline only engine, EPA rates it at 24 city/highway mpg.

According to BMW, this hybrid will provide 14 miles of electric-only power and take under three hours to completely charge at 240 volts. A charging cord gets stowed under the cargo floor and plugs into a fender receptacle. And for a relatively heavy vehicle, BMW claims the hybrid can do 0-60 in a relatively quick 6.5 seconds.

Now that you know about the powertrain, here’s what else is new on the X5. For ’17, it gets Wi-Fi hotspot capability and in the console box, a smartphone wireless charging pad. And as a standard five-seater, an optional third-row seat expands seating capacity to seven, albeit it’s mostly for kids.

Slip into the sumptuous leather interior – after a low 20-inch step-in – and you’re treated to comfy and seductive accommodations. The supportive, heated/cooled front seats have extended underthigh support that is LazyBoy-like and ever so welcomed on long trips. And the new 10.25-inch display aptly serves the audio, rearview camera with Surround View, infotainment, WiFi hotspot and hybrid operating systems.

Included is an infrared Night Vision with Pedestrian/Animal detection system that will also show these obstacles on the screen. These systems are mostly operated via a mouse on the console. Also resident on the console are switches for Comfort and Sport modes, the latter tightens things up for more sporty handling and higher shift points while Comfort is self explanatory. There’s also driver selectable eMode for Max eDrive (electric only), Save Battery and Auto eDrive modes.

HVAC controls are easy to decipher and use and without the need to consult the owners’ manual. Although a good read should be done to fully understand the eDrive system operation.

The back seat is comfy with good leg and headroom. At the rear of the console are HVAC controls for rear seat riders and that includes heated seat controls.

While most all SUVs and crossovers have a power operated one-piece liftgate, X5 retains its powered operated twin gate or clam shell opening gate. The company says the lower manual gate aids in loading and can be used to sit on during tailgating. But in use, it necessitates a long stretch to get items close to the rear of the back seat. One the other hand, a one-piece gate helps keep you somewhat dry when loading during a rain storm.

The cargo area is rated 34.2 cubic feet with the rear seatbacks up and 72.5 with them folded. This is a slight reduction in capacity due to the battery pack as compared to a standard X5. More meaningful, and with the seatbacks upright, the cargo area measures 37 inches deep, 44 wide and 31 high. Flip the seats and depth extends to 70 inches.

As for technology, the X5 is loaded with all the latest safety systems such as blind-spot monitoring, lane departure, speed limit, forward collision/mitigation plus the pedestrian warning system mentioned which will automatically apply braking to prevent an impact at low speeds.

Ride quality on Pirelli Scorpion 20-inch tires is on the firm, Euro side. It’s especially noticeable on pock-marked roads. But handling is superb and tight as is on all BMWs.

Acceleration is a linear application of power unless the vehicle is in electric-only mode. Then it’s golf cart quick and of course silent. There is no want of power in either mode. If you crave more power and torque, forget economy and opt for the M version with its 4.4L, twin turbo V8 that puts out a whopping 567-hp and 553 lb/ft of torque.

To its credit, the vehicle received the governments’ top five-star safety rating for an overall score; five each for driver/passenger frontal crash; five each for front/rear seat side crash; and four star for rollover.

All this makes the X5 xDrive40e a compelling midsize SAV, unlike many others in this crowded field.