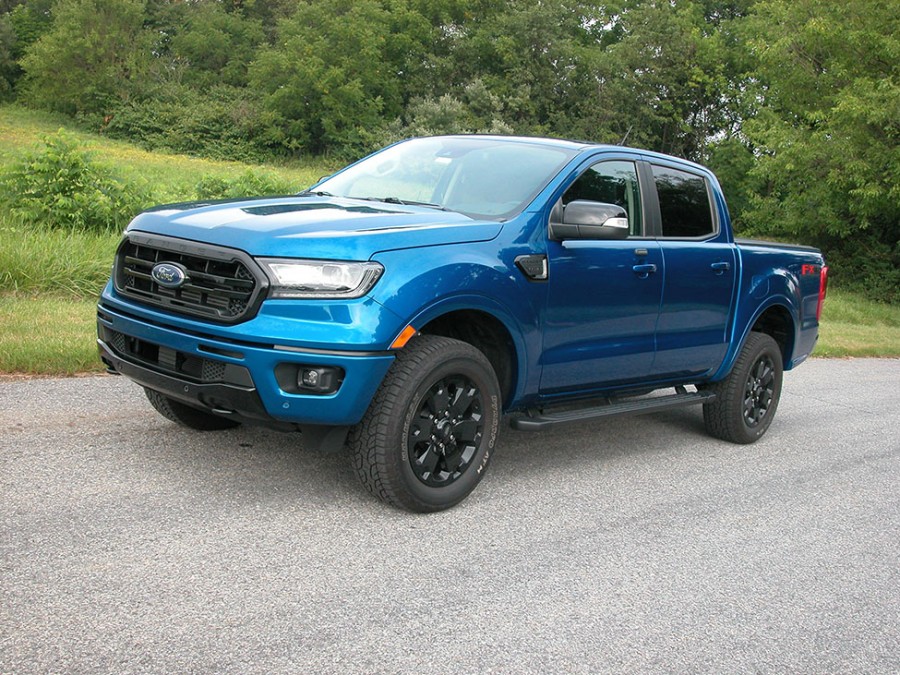 With the return of Ford’s Ranger pickup, the midsize truck has been turning up some impressive sales number. From January through June, Ranger sold 45,988 trucks compared to Chevy’s top selling Colorado that came in at 41,273.

Before Ford ceased selling the Ranger of old, it was the top selling compact pickup at the time. When that happened, Toyota’s Tacoma took the lead and is still the top selling midsize pickup.

Ford made significant improvements to the Ranger as it now comes with a potent 2.3-liter, turbocharged 4-cylinder that produces 270-hp and an impressive 310 lb/ft of torque that’s coupled to a new 10-speed automatic transmission. The combination boasts a 7,500 tow rating and a best-in-class payload of 1,860 pounds (on SuperCab 4X2) and EPA mileage estimates of 20 city, 24-highway mpg with start/stop engine technology. The previous Ranger’s were powered by a 4.0-liter V6 that wasn’t exactly thrifty. I know. I owned a 1999 Ford Explorer Sport with the same engine.

As for towing, Ford offers a Tow-Optimized Blind Spot Monitoring system that can see whatever is behind the truck and it can recall three varying trailer lengths.

So powered, Ranger had gobs of power even with four aboard. The 2.3L moved Ranger’s 4,441-pound weight with ease.
Ride quality was decent with leaf springs and HD shocks in the rear suspension and 8-inch wide, Hankook 18-inch tires. Load up the bed with mulch or small ATV and it rides even better.

It handles good as well with a planted feel although with wide tires, it had a tendency to wonder a bit. Wide, deep lugged tires have a tendency to do that.

The 2020 Ranger is offered in XL, XLT and Lariat and in SuperCab (with rear-hinged half door) and SuperCrew (with four full doors) and in 4X2 or 4X4. We tested the Lariat SuperCrew 4X4 that came exceptionally furnished and equipped with many of the latest safety features.

An 8-inch touchscreen serves the audio, rearview camera, climate selections and the optional ($2,005) Sync3 system consisting of navigation, technology package with Apple CarPlay, Android Auto, and with the FordPass Connect option you get 4G Wi-Fi Hotspot connectivity and satellite radio.

HVAC controls are easy to use but could be a bit larger, like the type Ford uses in their Escape crossover. However, climate selections can also be made on the touchscreen.

Ranger’s 10-speed automatic transmission gets a hefty shifter with switches (Select Shift) on the side to down/up shift the trans wherein the shifts are quick and go unnoticed.

The gauge cluster features a large single speedometer that’s flanked by a digital compass on one side and a driver information display on the other. The latter offers a host of operating functions, alerts and it displays the selected Terrain Management modes.

Step-in into the cabin, and in particular the back seat, is 14.5 inches to the narrow running boards or 23 to the cabin floor.

Once in, the back seat can hold three small stature adults with manageable leg room, provided the fronts aren’t racked well rearward. The seat bottom flips up against the bulkhead and beneath it are two sizable storage bins to stow gear or tools.

Ranger comes with a locking tailgate that locks via the keyfob (or manually) when locking the doors. The tailgate isn’t dampened like it is on Ford’s F-Series pickups, but it isn’t overly heavy. Load height is a low 34 inches.

Unlike the F-150, Ranger doesn’t have a nifty pull-out from the tailgate bed step, perhaps because the gate isn’t as thick as its big brothers to accommodate it. But we would have liked to see a swing out or pull down step of some sorts from underneath the rear bumper to ease stepping into the bed, which on the test truck had an optional ($995) hard, 3-piece folding tonneau cover.

With the keyfob in a pocket, the doors automatically unlock upon a slight touch on the door handle. We like that Ford maintained their traditional five button keyless keypad ($95) on the driver’s door. Comes in handy if forgetting the fob.
Carrying a base price of $38,675, this price escalated after adding the aforementioned options, a black appearance package ($1,995) that included blackened wheels, sprayed-in bedliner, running boards, tray style floor liner ($160); add to that trailer tow package ($495) and delivery ($1,195) which took the bottom line to $46,910.

To its credit, Ranger earned a four-star overall government safety rating; five for driver frontal crash/four for passenger; a full five stars for front/rear seat side crash; and three for rollover.


Ranger has a lot of competition from established brands, but so far it’s holding its own and selling well.