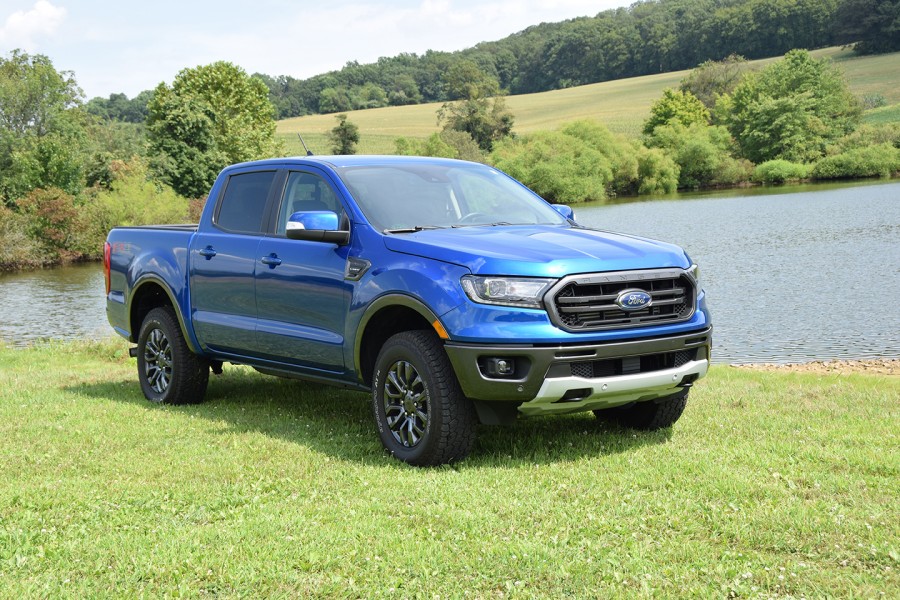 With the midsize pickup truck market heating up, Ford figured they’d better get back into the fray with their once popular Ranger pickup.

Last appearing in the 2011 model year, the Ranger up to that point had the midsize market pretty well sewn up as it was a best seller with most of its competition coming from Toyota’s Tacoma.

Since Ford’s F-150 full-size pickup has been doing so well for so many years, Ford didn’t need a midsize. But the tide has changed, and so has Ford’s thinking.

Back in ’99, I owned a Ford Explorer 2-door Sport which was a derivative of the Ranger without the cargo bed. In fact, Ford expanded on the Explorer by adding a small bed that they called the Explorer Sport Trac, and one I wished I had traded my Sport for.

But the 2019 Ranger is all new. Rumor has it that Ford may even release a Raptor version, a spin-off of their F-150 Raptor that’s built for serious off-roading. However, there is an FX4 Ranger Off-Road package ($1,295) that can perform almost the same tasks.

Ranger is offered in XL, XLT and Lariat that we tested. It’s additionally offered in SuperCab with rear-hinged doors and 6-foot bed and SuperCrew with conventional 4-doors and 5-foot bed that was tested.

There are two items that make Ranger a stand out. For one, it’s offered with a 2.3-liter, EcoBoost turbocharged inline 4-cylinder that puts out 270-hp and an impressive 310 lb/ft of torque. When coupled to the standard 10-speed automatic transmission and 4WD (it’s also available in 2WD), Ranger carries a tow rating of a whopping 7,500 pounds and a class-leading payload capacity of 1,860 pounds. Add to that attractive EPA mileage estimates of 20 city, 24-highway mpg (which is helped somewhat by start/stop engine technology) and Ranger’s economy isn’t bad for a 4,441-pound truck.

So powered, the little four has gutsy acceleration, especially in Sport mode, and exudes gobs of trailer towing power.
Ranger’s 4WD system consists of traditional 2High, 4High and 4Low gearing. There’s also a Terrain Mode button in the center of the rotary 4WD switch that includes four terrain modes of Mud/Ruts, Sand, Normal and Grass/Gravel/Snow.
For added traction ability, a dash switch locks the rear axle. A beneficial feature not offered on the Ranger of yesteryear

As for the cabin, a 23-inch step-in treats you to a leather interior with front seats that are supportive but a tad on the firm side. An 8-inch Sync 3 touchscreen offers a host of apps including Apple CarPlay/Android Auto, rearview camera and Travel Link with weather, Wi-Fi hotspot and more.

HVAC controls are flush push buttons and easy to use in fact the A/C switch also comes with a Max A/C mode, a feature I haven’t seen on a test vehicle in a long time. It’s nice to have for faster cooling on a hot day.

The back seat is somewhat upright, but the seats are comfy for two adults and decent leg room provided the fronts aren’t racked well rearward. The one-piece seat folds up against the bulkhead for large item storage and beneath are twin bins for small item storage. Surprised Ford didn’t make it a 60/40 or 50/50 seat so at least one passenger can be seated while allowing some cargo to be carried on the folded-up side of the floor.

Ranger’s ride on 6-lug, Hankook 17-inch tires is a trite stiff, but quiet, despite the tires’ 8.5-inch width that combined with 8.9 inches of ground clearance, will give good traction in deep snow and off-road obstacles. It is a bit bouncy on imperfect roads. And with electric power steering, steering is on the mushy side with negligible road feel. However, Ranger parks easily with its curb-curb turning radius of 41.99 feet.

Ranger’s handling tracks straight and true on straight roads and exhibits some slight bounding in tight corners, perhaps because of its large, off-road tires. It exhibits a planted feeling.

The only suggestion we can make is that the console sides could use some padding for us knee resters.

But for those who don’t need a full-size, Ranger deserves a look at a revised and improved former top-seller.